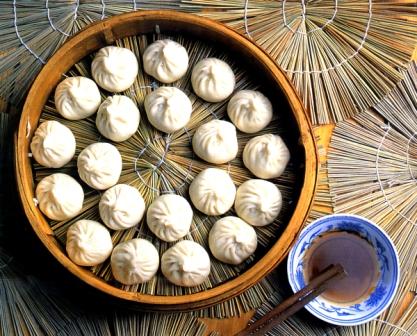 Nanxiang stuffed steamed bun originated in the reign of Emperor Tongzhi in the Qing Dynasty. The owner of the Rihuaxuan Pastry Store in Nanxiang Town, Huang Mingxian sold Nanxiang big steamed bun stuffed with meat; every day, he shouldered the steamed buns and hawked them in Guyi Garden. Tasting delicious, the steamed bun enjoyed great popularity. Then, the coteries heard the news and came to the Guyi Garden to hawk their big steamed buns stuffed with meat as well, which affected Huang Mingxian’s business; therefore, Huang Mingxian could not occupy the market alone anymore. Afterward, Huang Mingxian changed the big buns into small, thin-wrappered and well-stuffed ones by the following steps: To Choose fine light flour, ferment it, and roll the pastry out very thin; to select lean meat as the stuffing; to braise pork rind in chicken soup without gourmet powder, and then mix the jelly with the pork so that the original taste of the soup can be preserved; besides, to put a sprinkle of ground sesame in the stuffing so that the flavor of sesame is added to the stuffing; furthermore, in different seasons, to add crab meat, shrimp meat, or spring bamboo shoots so that the stuffed steamed bun will be right in season. Every bun is featured by at least 14 plisses. Usually ten buns can be made out of one liang (equals to 50 grams) of flour. Semitransparent, the small and exquisite buns take on the shape of a chufa. When the stuffed steamed bun is ready, take one out of the steamer, and place it in a plate. Poke the wrapper and the juice will fill the plate, which is recognized as desirable. The stuffed steamed bun boasts several characteristics which have been fostered in the course of time, specifically, thin-wrapper, tasty juice, tender meat and plentiful stuffing. 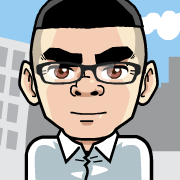